Brother James B. “Tiny” Blanton III served Alpha Phi Alpha Fraternity in many capacities. He was initiated in Gamma Omicron at Knoxville College in 1968. He joined Xi Lambda in 1973, when he landed the job as Assistant Executive Secretary of Alpha Phi Alpha. In 1977, he was named Executive Secretary. When the title of the office was changed, Tiny became the first Executive Director of Alpha Phi Alpha. He served in this post until 1995. In 1995, he was elected Midwest Vice President. In 2003 he received the Alpha Award of Merit, the highest Honor bestowed upon a Brother. During his speech, he stated that the Brothers of Xi Lambda will always be dear to his heart for their eternal love and support”.

Brother David L. Daniel was named the “Pearl“ of Xi Lambda chapter in 1978 through the leadership of Ronald Flowers (Xi Lambda President), along with the appropriate endorsement of Thomas S. Pawley(Midwest VP) and James R. Williams (General President). The Pearl designation symbolizes being as dear to the Brotherhood as the pearls on the fraternity pin. Brother Daniel, initiated in 1926 in Chi chapter, became a Xi Lambda stalwart and served as chapter president and served the chapter in just about every other role where any help was needed. He transitioned into Omega chapter in 1999.

Brother Charles E. Johnson, or “Charlie”—as he his known to decades of Xi Lambda members, served as Xi Lambda Financial Secretary for 42 years (1958-2000). During that time, he managed to encourage multitudes of Brothers to pay their life membership which inevitably led to the chapter maintaining a place as Alpha largest chapter for many years. He was named Financial Secretary Emeritus in the year 2000. His legacy is as a great educator and encourager of his Brothers.

Brother James W. Palmer, Sr. served as Xi Lambda Treasurer for 24 years (1968 -1992). Brother Palmer remains an adamant supporter of all chapter programs and an advocate for the will of the brotherhood. He was named Treasurer Emeritus of Xi Lambda in the year 2000. He has a legacy of “no nonsense” with all business matters of the Fraternity.

John “Apple” Lane was initiated into the Fraternity in 1970 through Alpha Mu Chapter at Northwestern University. Prior to joining Xi Lambda, Bro. Lane co-founded and began a member of Eta Tau Chapter at Illinois State University. Apple served Xi Lambda as Dean of Pledges for over 32 years – initiating more than 300 Brothers into the Fraternity. Named Dean Emeritus in 2012, Apple continues to provide leadership in Xi Lambda. Professionally, Apple is an administrator at Stroger Hospital. 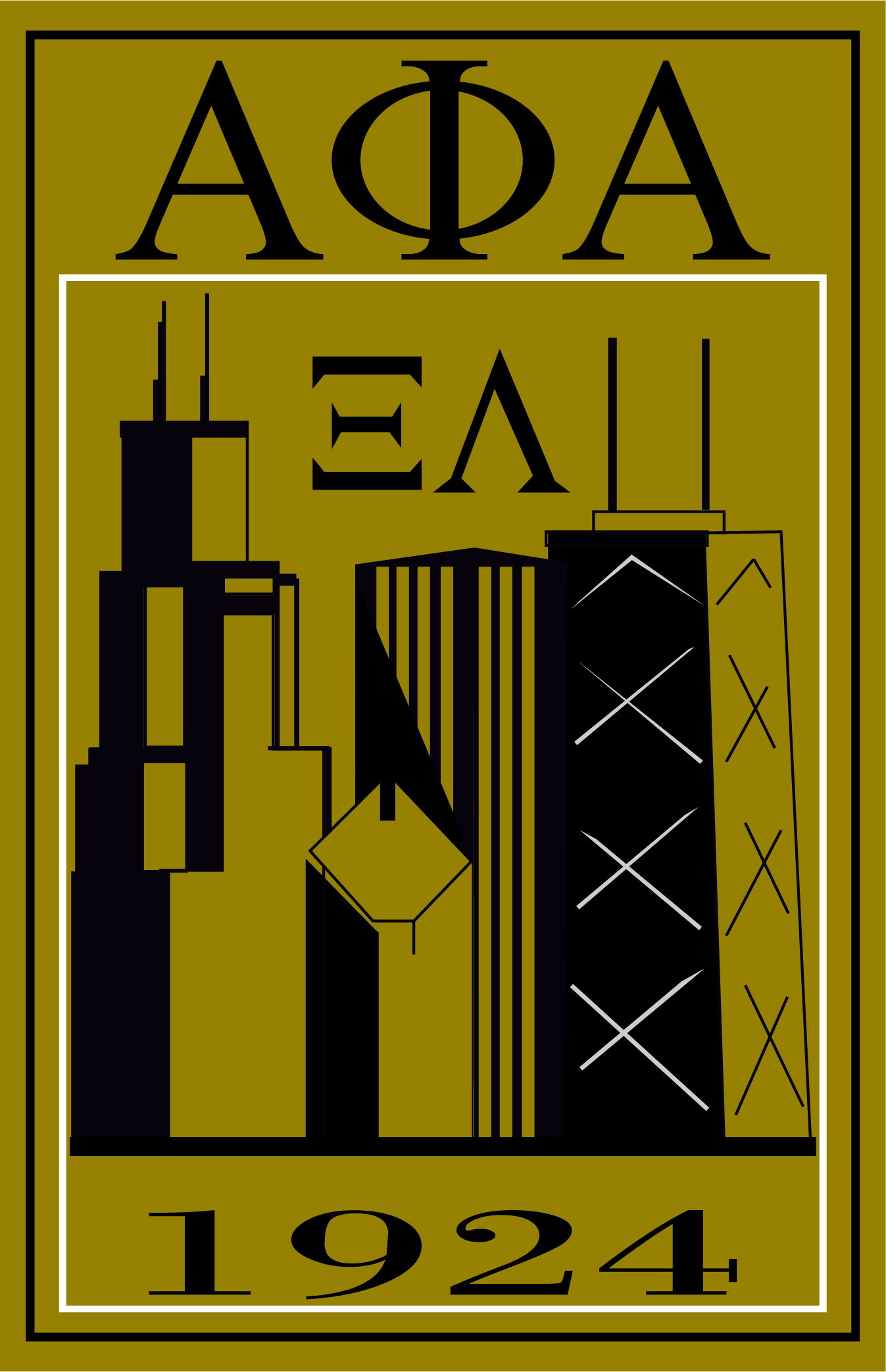